In late June I headed down to the Winter Festival event in Queenstown. This was an event I have long been keen to go to, but not had the chance in the past. This year I was lucky to go down to meet some of the team from Olympus Australia/New Zealand, who were a key sponsor of this year’s event. I have been using (and loving!) Olympus cameras since I started my journey into photography, and I will be a little some social media collaboration with them this year. My directive from Olympus was pretty relaxed – take some nice photos and enjoy the Festival! What an assignment!

I arrived to a beautiful day, where I met friend and fellow photographer Rachel Stewart - seriously talented, and someone who has been a mentor to me as I have learned more about photography. For the first time I also met Tom Jesset, who is another social media influencer working with Olympus, and also seriously talented!

We headed off to the Queenstown Instameet, with speaker and well-known Instagrammer Lauren Bath. Though the meet was more pitched at businesses wanting to harness the power of social media in marketing, Lauren had some great useful tips for those of us creating content on social media. After Lauren’s presentation we headed off to a secret location, a private farm high in the hills over Queenstown. Unfortunately by this time the cloud had come in pretty thick, and without much light, the actual photography was a bit tricky. I ended up spending most of my time chatting with people I have known through Instagram for a while, but not yet had the opportunity to meet.

I did grab a couple of shots, and the only thing for it was to embrace the moodiness of the skies!
﻿

After we arrived back from the farm, Rach, Tom and I raced down to the Lake Hayes Jetty. With thick grey skies, I was not convinced we were going to get any magical light. I should have known better with Rach Stewart around! She somehow manages to attract stunning sunrises and sunsets wherever she goes, and I was stoked to be wrong about this particular evening. When the skies went wild, there were three very excited and happy photographers racing around trying to capture the beauty from all angles. I ended up shooting with both my Olympus OM-D E-M1 mark II (doing my long exposures) and my original camera, the Olympus OM-D E-M5 mark II (doing hand held shots).


Luck was not so much on our side the next morning. We headed off to Moke Lake, with another Instagram friend Talman, for sunrise but were greeted with thick fog that hung low in the valley. Undeterred, we hiked half way round the lake in some serious cold, hoping the fog would burn off as the sun rose. Unfortunately, luck was not on our side that morning, and we came home empty handed. Such is the life of a photographer, and these mornings make the epic ones even more special.

We spent the day wandering Queenstown, hanging out and checking in on a few of the events being held on the lake front. I snapped a couple of pirates trying desperately not to sink their hand-crafted pirate ships in the feezing waters of Lake Wakatipu. We also briefly popped out to Jack's Point lagoon to appreciate the beauty of the bluebird day. 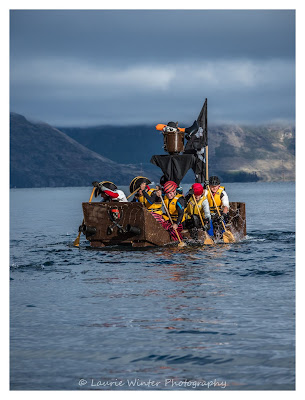 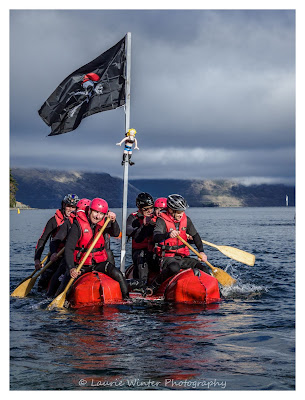 In the early evening, we headed up to Coronet Peak for the opening of the night skiing. After taking a few photographs I decided to embrace all opportunities and try night skiing for the first time. In 2014 I broke my wrist pretty badly at Coronet Peak, and the ski field has been a bit of a nemesis to me since then! Thankfully no injuries this time, though I deemed the night skiing a bit icy, dark and scary. Being in jeans and having no gloves certainly didn’t help my enthusiasm!


On the way out of Coronet Peak I encountered some drummers celebrating the opening of the ski field. I briefly had the chance to try out my new M.Zuiko 25mm f/1.2 lens. The thick crowd made it difficult to get far enough back to get a well framed photograph, but I was seriously impressed with the performance of this lens. I was able to take a hand held shot in full darkness at 1/125 of a second! Am really looking forward to exploring the capability of this lens some more. Might even get into photographing people yet!


That evening we headed out for a couple of drinks with several other friends from Instagram. It’s a great community of like-minded people and I really enjoyed meeting more people that I have interacted with on the platform for quite a while. The talk was very much focused on photography…. pun fully intended!

The next morning Rach, Tom and I met up with Talman again to catch sunrise on the shore of Lake Wakatipu before Rach headed home. A lack of clouds was slightly disappointing but a nice pink glow followed by some beautiful golden light made the early morning worth it.


Talman left us too (to take a helicopter flight to Milford Sound, lucky guy!) and so, for the rest of the day, Tom and I wandered around the shore of Lake Wakatipu, enjoying the vibe of Winter Festival and chatting about our cameras and photography. Was really nice to make a new friend and once again reminded me how much I have enjoyed meeting new people through Instagram, many of whom have inspired me or taught me things that have made me a better photographer.

As I left Queenstown, lovely clouds were forming over the town, and I was jealous of Tom heading up the Skyline Gondola for one last sunset. However as the aircraft departed Queenstown I was able to snap a picture out the window that I really like, for showing the scale of the mountains in this lovely town.

Note: Olympus paid for my travel to Queenstown Winter Festival and I will be working for them in a social media influencer capacity over the next year. I have chosen to collaborate with Olympus as I am an existing Olympus camera owner and user, and have a genuine and ongoing association with their products. Feel free to ask me any questions about the cameras, though I am no technical expert!